The scope for each initiative is different, with FSRI offering five-week research projects and academic support and GSRI focusing on preparing graduate students to succeed academically and professionally. But both are committed to fostering a sense of community and belonging. "We want the students to feel welcomed and supported by Caltech," says Candace Rypisi, assistant vice provost and director of Student-Faculty Programs, who oversees GSRI.

FSRI and GSRI were among the academic programs allowed onto campus this summer ahead of the 2021–22 academic year, bringing students to live and learn at Caltech for the first time in well over a year. Due to upticks in COVID-19 cases in Los Angeles County as summer approached, organizers had been prepared to pivot to a hybrid model or follow last year's condensed online format but instead were able to safeguard student safety through protocols requiring physical distancing, masking, and participation in surveillance testing. In addition, Caltech shifted the timing of the FSRI and GSRI programs to begin later in the summer, thereby shortening the gap between the end of the programs and the start of the term to limit participants' travel away from campus. In previous years, FSRI's five-week program started in July and students often traveled home before returning to Caltech for the start of the school year.

"Having the FSRI program back on campus provided our incoming cohort with an opportunity to actively engage and find a community in a way that only happens when you bring people together to learn from one another," says Taso Dimitriadis, associate director of the Caltech Center for Inclusion and Diversity (CCID), which organizes FSRI.

From August 15 to September 18, 30 FSRI students lived and learned together as they immersed themselves in advanced mathematics, Python programming, and hands-on research. With guidance from Caltech's faculty, postdoctoral scholars, and graduate students, this year's FSRI cohort examined the properties of young star clusters, studied an HIV antibody, and helped design polymers with greater recyclability. Outside of the classroom, the cohort joined FSRI alumni and resident teaching assistants for movie and karaoke nights as well as weekend excursions to Los Angeles attractions such as the Getty Villa Museum, Knott's Berry Farm, and Santa Monica's beaches.

Aija Washington, an incoming first-year student who plans to study bioengineering, says her participation in FSRI enabled her to establish close friendships and prepare her for Caltech's core curriculum. The Georgia native also likes how FSRI introduced her to Caltech's culture of collaboration. "The FSRI math sets were not designed to be done independently. All of us had to work together and rely on our different strengths to complete the work," Washington says. "Research was the same way. I was not assigned a task and left alone. My mentor [postdoctoral scholar Rebeccah Warmack] and I worked together, and she would guide me through the experiments." 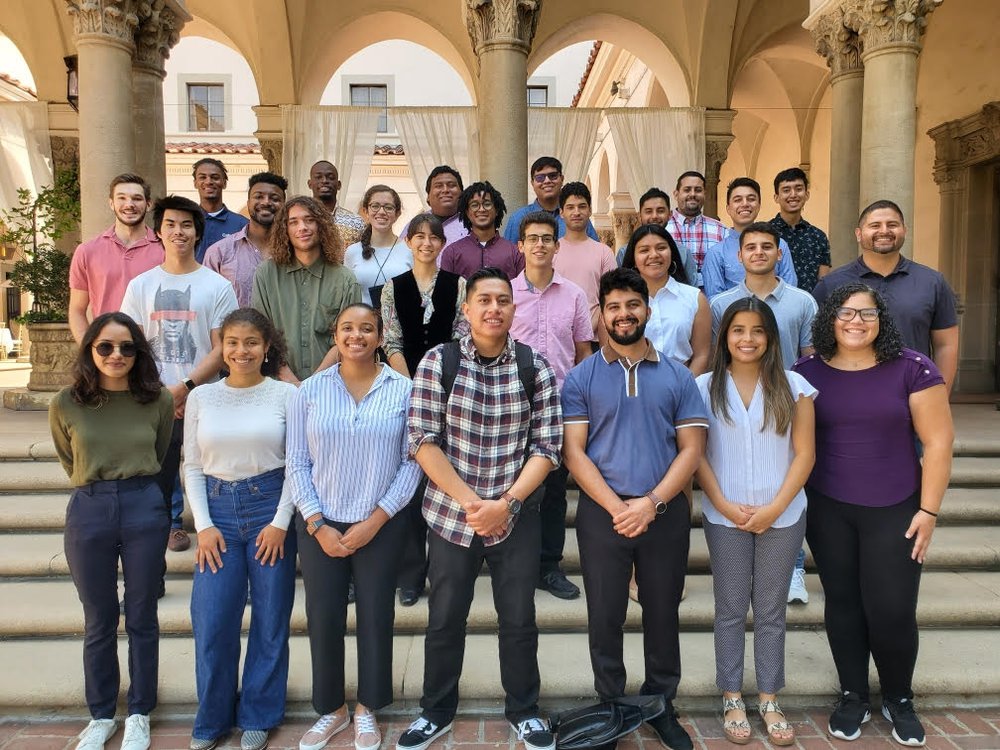 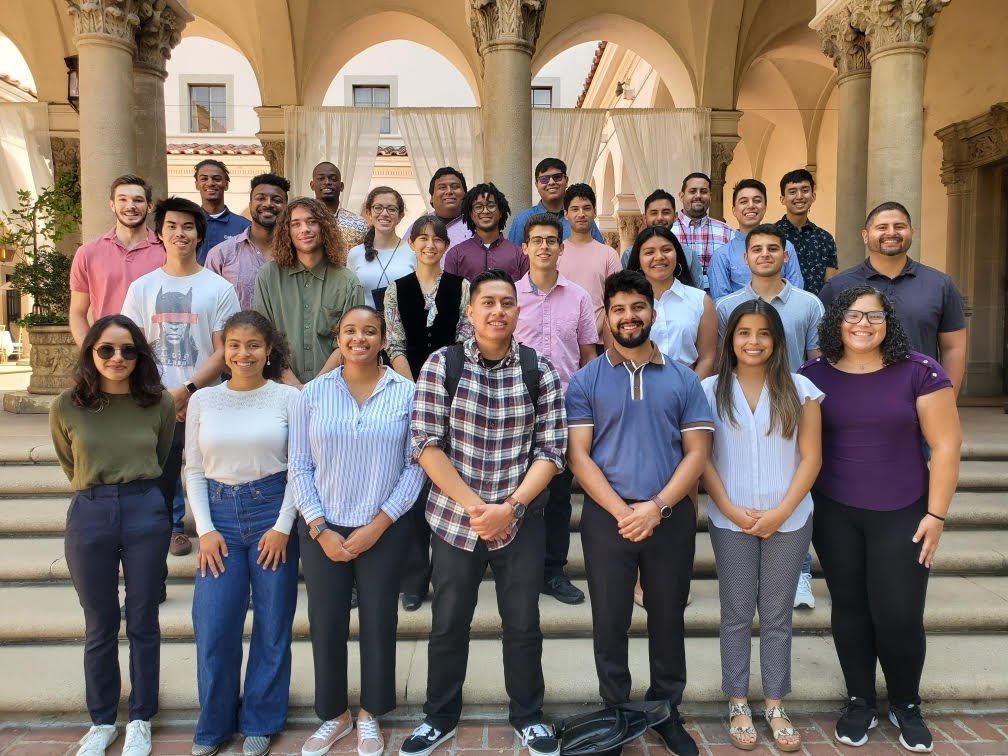 GSRI, which is only in its second year of running, welcomed 32 first-year graduate students for a 10-day program from September 8 to September 17. The program included a variety of academic, research, and social experiences that aimed to help incoming students establish a cohort connection across disciplines and introduce them to the Caltech graduate school experience. Workshops covered topics such as how to find a research group, forge a strong relationship with their primary investigators, and prevent burnout. The program also connected students to on-campus resources and helped participants develop their professional identities by providing time and guidance on crafting academic biographies and organizing opportunities for participants to sit for professional headshots. Rypisi says the students will remain connected to the program throughout the year, mentored by members of the GSRI Council, a group of six current graduate students from three academic divisions.

While FSRI has served incoming undergraduates for more than a decade, GSRI was established in 2020 as part of the Institute's multifaceted response to support diversity, equity, and inclusion. In particular, the Black Scientists and Engineers of Caltech (BSEC) called on the Caltech community to invest more resources in attracting and supporting graduate students of color. Input for this year's program was provided by several Caltech community members, including Lindsey Malcom-Piqueux, assistant vice president for diversity, equity, inclusion, and assessment; Bil Clemons, professor of biochemistry and chair of the President's Diversity Council; members of the inaugural GSRI cohort; and the GSRI Council.

Thanks to GSRI, biology graduate student Isaryhia Rodriguez says she has already started to build her community at Caltech. A first-generation college graduate, Rodriguez says being mentored by a group of minority women scientists at her undergraduate institution was critical to her success, and she wants to establish similar connections at Caltech.

Rodriguez—who will spend this year rotating through the labs of Angelike Stathopoulos, professor of biology, and Ellen Rothenberg, distinguished professor of biology—says she has already seen the benefits of meeting diverse students outside of her field of study, an outgrowth of her participation in the program. "I already know people in chemistry and materials science," Rodriguez says. "These relationships may build the foundation for interdisciplinary research later."