Astronomers have captured the first-ever spin measurements of planets making up the HR 8799 star system.

Discovered in 2008 by the W. M. Keck Observatory and Gemini Observatory, which are both located in Hawaii, the HR 8799 star system is located 129 light-years away and has four so-called super-Jupiter planets, each more massive than Jupiter. HR 8799 is one of the first planetary systems to have its picture directly taken by a telescope.

However, none of the HR 8799 planets' rotation periods, or spin rates, had been measured—and, in fact, the spin rate (which translates into the length of a day on the planet) has been measured for only a handful of the thousands of exoplanets so far discovered.

The breakthrough was made possible by a Caltech and Keck Observatory-led science and engineering team that developed an instrument called the Keck Planet Imager and Characterizer (KPIC). Commissioned between 2018 and 2020, the instrument can observe, with extremely high spectral resolution, exoplanets that were previously imaged. KPIC provides a resolution that is high enough to decipher how fast the planets are spinning.

A study about the findings has been accepted for publication in The Astronomical Journal; the work represents the first science results from KPIC.

The study showed that the minimum rotation speeds of two of the HR 8799 planets, known as HR 8799 d and HR 8799 e, are 10.1 kilometers per second (km/s) and 15 km/s, respectively. This translates to a length of day that could be as short as three hours or could be as long as 24 hours, as on Earth, depending on the tilts of the planets, which are currently undetermined. For context, Jupiter has a rotation speed of about 12.7 km/s, and one day on Jupiter lasts nearly 10 hours.

The team was also able to constrain the spin of a third planet, HR 8799 c, to an upper limit of less than 14 km/s. The rotation rate of the fourth planet, HR 8799 b, could not be conclusively determined.

Knowing the spin rates of planets provides important clues as to how they formed.

"With KPIC, we were able to obtain the highest spectral resolution observations ever conducted of the HR 8799 exoplanets," says Jason Wang, the 51 Pegasi b Postdoctoral Scholar Research Associate in Astronomy at Caltech and lead author of the study. "This allows us to study them with finer granularity than ever before and unlocks the key to gaining a deeper understanding of not just how these four planets formed but how gas giants in general develop throughout the universe."

Read the full story from Keck at www.keckobservatory.org/kpic.

Support for KPIC is provided by the Heising-Simons Foundation, Simons Foundation, Caltech, and NASA Jet Propulsion Laboratory, which is managed by Caltech for NASA. This project is conducted in collaboration with W. M. Keck Observatory, UC Santa Cruz, UCLA, and the University of Hawai'i Institute for Astronomy.

Artistic visualization of the spinning HR 8799 planets as viewed in the infrared. Bright patches correspond to holes in the clouds where instruments can detect the hotter depths of the planets' atmospheres. Each planet is labeled in the upper left. Because the orientations of their spin axes are unknown, this is just one plausible way for how the planets might look from Earth. Credit: W. M. Keck Observatory/Adam Makarenko 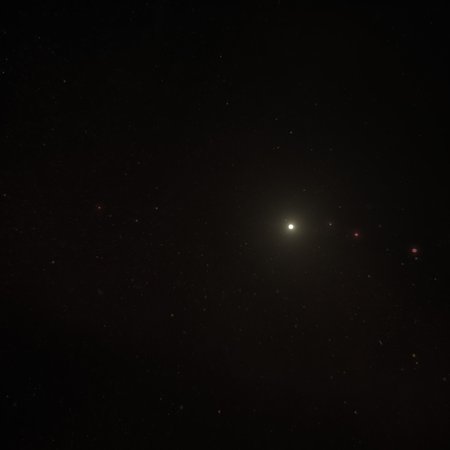 Artist's rendition of the HR 8799 system. The star is white and the system's four super-Jupiter planets are shown in red. The planets all orbit in the outer reaches of the system, at distances ranging from 16 to about 70 astronomical units from their star (an astronomical unit is the distance between Earth and the sun). Credit: W. M. Keck Observatory/Adam Makarenko
Image Lightbox 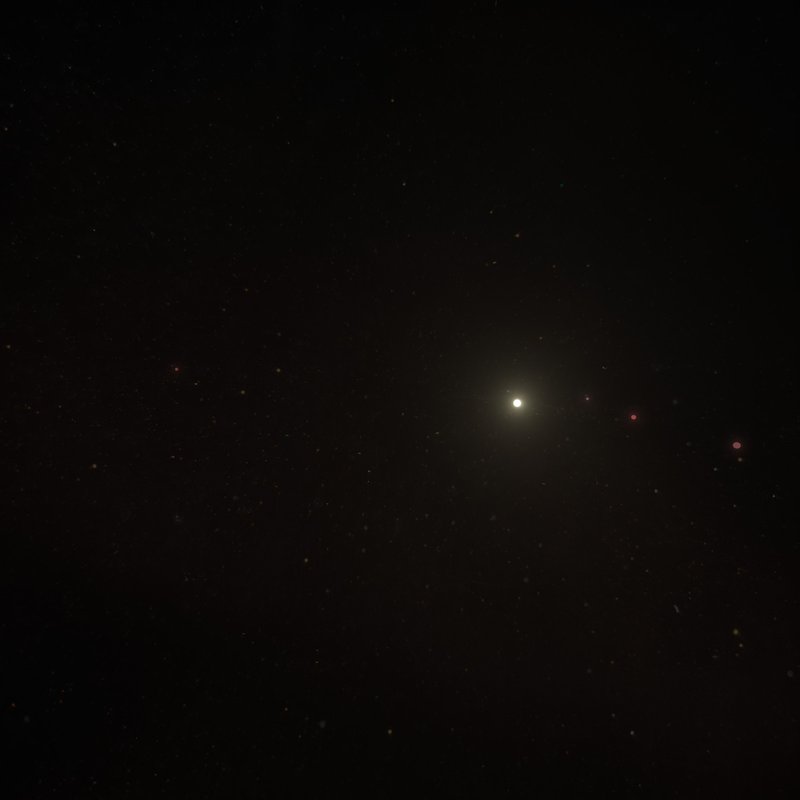 Artist's rendition of the HR 8799 system. The star is white and the system's four super-Jupiter planets are shown in red. The planets all orbit in the outer reaches of the system, at distances ranging from 16 to about 70 astronomical units from their star (an astronomical unit is the distance between Earth and the sun).
Credit: W. M. Keck Observatory/Adam Makarenko
Download Full Image

This time-lapse animation of HR 8799, created in 2017, includes 7 direct images captured by W. M. Keck Observatory over a period of 7 years. It shows the orbital motion of the four planets in the system. Credit: J. Wang, Caltech/C. Marois, NRC-HIA
Image Lightbox
Subscribe
The Caltech Weekly