Building an exoplanet-hunting telescope is challenging enough for full-time astrophysicists, so 17-year-old high school student Abhinav Ganesh was understandably awed by the challenge of building one himself.

But with a Caltech sophomore for a partner and an Institute scientist for a mentor, Ganesh was able to pull it off using off-the-shelf technology. And not only was his team able to complete the project in just 10 weeks, they used their newly built instrument to spot an exoplanet passing in front of a distant star.

"I had no idea it was going to work," says Ganesh, a senior at El Toro High School in Orange County, "but it was so satisfying when it did."

Ganesh and Caltech sophomore Arundhati Mukherjea, who served as a Summer Undergraduate Research Fellow, over the summer, were working with Nemanja Jovanovic, a senior instrument scientist at the Caltech Optical Observatory, who enlisted their help to expand an international citizen-science project called PANOPTES. Named for the many-eyed giant in Greek mythology, Project PANOPTES—for Panoptic Automated Network of Observatories for a Public Transiting Exoplanets Survey— aims to build a worldwide network of low-cost robotic telescopes to detect transiting exoplanets.

The students' work, funded in part by a National Science Foundation grant, focused on making a working telescope while thoroughly documenting the process with video how-to guides and step-by-step instructions so that other groups around the world would be able to follow in their footsteps. In the end, the telescope—which combined digital SLR cameras, sensors, control circuits, and custom software—cost only about $5,000 to create, Jovanovic says.

"The project is designed to help amateur astronomers as well as high school and college students who are interested in astronomy to get involved," he adds. "Being able to build—and then actually use—these units to make astronomic measurements makes professional-level astronomy accessible to everyone. It's the perfect platform for inspiring the next generation."

The students tested their work by pointing their telescope at the orange dwarf star HD 189733 when an exoplanet transit was known to be imminent and found that it did indeed show the passing of an exoplanet in front of the star they were watching. "They built the unit in eight weeks, worked out the bugs, and actually made a detection in less than 10 weeks from when they started," says Jovanovic. "We were pretty impressed with that."

Ganesh says he treasured his Caltech experience, which enabled him to expand his knowledge of physics, astrophysics and machining. More importantly, it allowed him to do real-world scientific research—with all the setbacks that can entail.

"It required patience and dedication. We encountered multiple challenges, and we were stumped at multiple spots and had to come up with solutions," he says. "But you have to find ways to fix the problems that come up. That's important when you're doing real research." 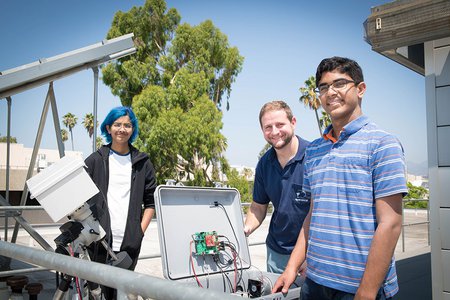 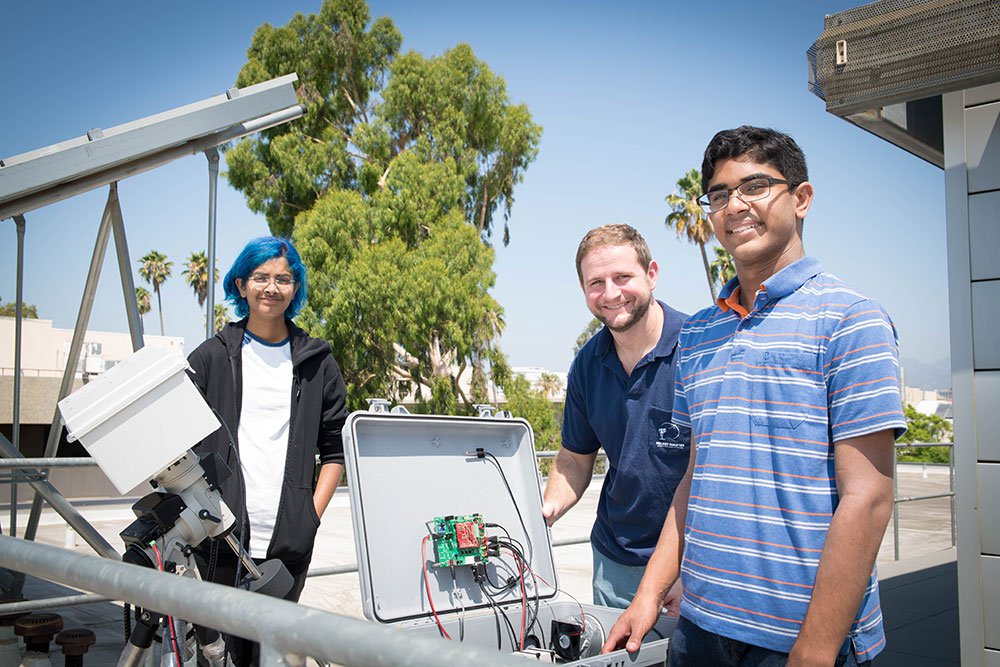